How Child Support Affects Your Taxes

Guest post written by Magda Abdo-Gomez, a legal professional with more than 3o years of experience focused on dealing with the IRS and representing taxpayers, both individuals and businesses.

Divorce has many legal implications for the divorcing parties. Included in these is the effect a divorce will have on taxes. Although a divorce gives rise to several tax issues I will focus on only two. The first is whether paying or receiving child support affects the divorcing spouses and the second is how children are to be claimed on a tax return after a divorce.

The issue regarding how children of divorced parents are claimed on a tax return is a little more complicated. In the past, ex-spouses would argue over who would be able to claim the child as a dependent on the tax return. This was important because the law provided for an exemption for each claimed dependent which in turn reduced the tax liability. The 2017 tax law did away with personal exemptions starting in 2018 and provided a larger standard deduction based on filing status (single, married or head of household). It is important to note that unless this provision is extended or made permanent by Congress, the deduction for personal exemptions will be returning for tax years beginning on January 1, 2026.

Even though the exemption deduction is not currently available, determining which parent in a divorce is entitled to claim the child as a dependent is still important in determining the filing status of the parent and determining which parent gets to claim the child tax credit, the dependent care credit and the earned income credit. Therefore, it is important to know how the IRS determines a child’s dependency status in the case of divorced parents. In order for a child to be claimed as a dependent by a divorced parent the following requirements must be satisfied:

2. A parent cannot claim a child as a dependent if the child is married and filed a joint return.

3. The child must be a US citizen, US resident alien, US national or resident of Canada or Mexico.

4. The child must be the parent’s son, daughter, stepchild, foster child, brother, sister, half-brother, half-sister, stepbrother, or a descendant of any of these.

6.  The child must have lived with the parent seeking to claim the child as a dependent for more than half of the year.

7.  The child cannot have provided more than half of his/her own support during the year.

A. The parents are divorced or legally separated under a decree of divorce or separate maintenance, or are separated under a written separation agreement or lived apart at all times during the last 6 months of the year.

B. The child received over half of his/her support for the year from the parents.

C. This child is in custody of the parents for more than half the year. 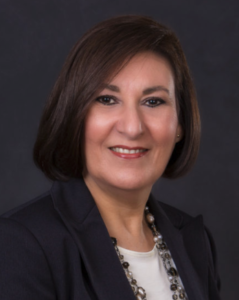 Prior to opening her law firm 30 years ago, Magda Abdo-Gomez was a senior attorney for the IRS District Counsel’s office in Miami and a Special Assistant US Attorney handling IRS bankruptcy matters. Since she left the government she has been representing taxpayers throughout the US before the IRS and debtors in bankruptcy. She has a law degree and a Masters of Law in Taxation from the University of Florida, is a Martindale Hubbell AV Pre-eminent Rated attorney, and an adjunct professor of law at St. Thomas University.

She can be reached at [email protected] or 305-559-7478. You can learn more about her background and experience by visiting https://magdaabdogomezlaw.com/